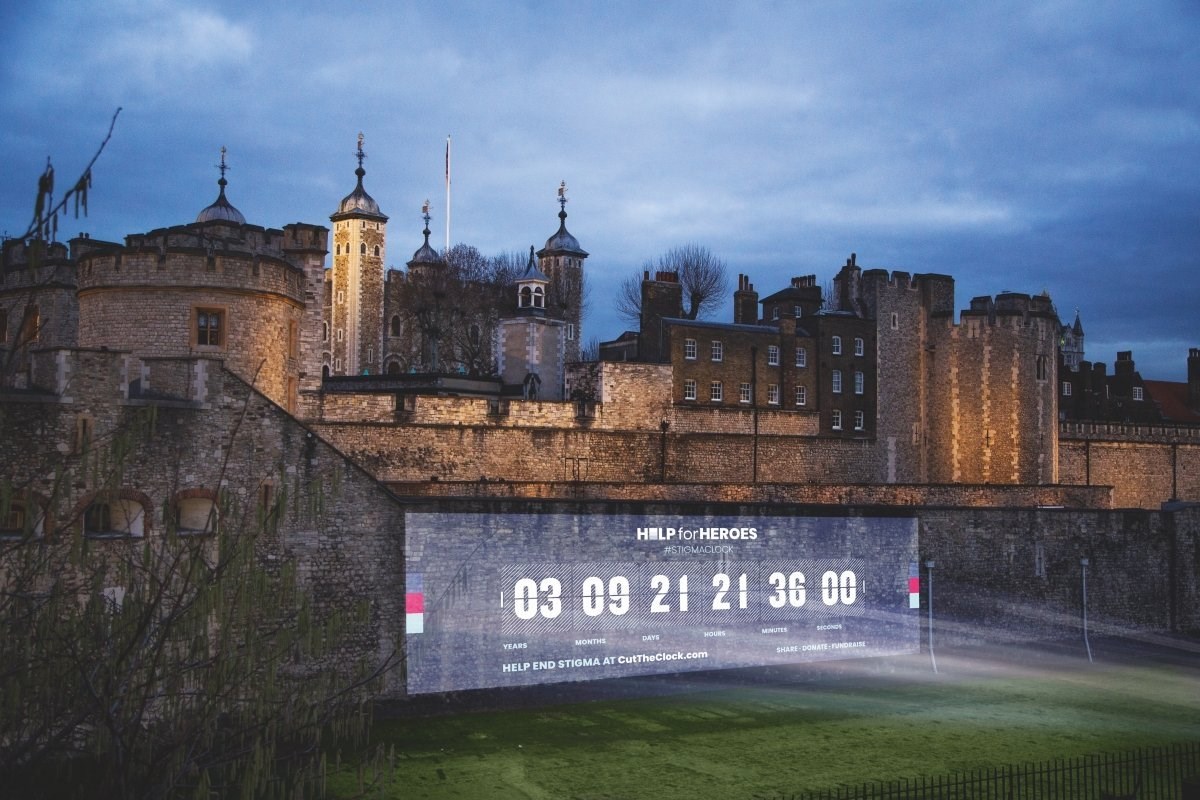 On Blue Monday, dubbed “the most depressing day of the year”, Help for Heroes illuminated London landmarks to shed light on the stigma preventing veterans from accessing the support they need for mental health issues. We’re delighted to have contributed to this campaign in collaboration with McCann London.

At the centre of this new campaign created for Help For Heroes is the #StigmaClock. Depicting the four-year delay it takes Armed Forces veterans to seek help for psychological wounds such as post-traumatic stress disorder (PTSD), the clock was projected onto The Tower of London in support of veterans suffering in silence.

Help for Heroes is encouraging the public to join in and show their support for veterans by shaving time off the #StigmaClock. With every pound donated to Help for Heroes through the campaign; with every retweet, “like” and share on social media, and every new volunteer recruited, the four years on the #StigmaClock will be cut. By raising public awareness and symbolically reducing the four-year delay, the campaign hopes to help veterans come forward to receive the help they need much quicker.

Karen Mead, Head of Psychological Wellbeing at Help for Heroes, said: “Veterans are not accessing mental health support when they need it and we believe this needs to change. Our campaign is asking the nation to call time on stigma and to let those who have served their country know it’s okay to ask for help. We need the community’s support to help us fund vital programmes to ensure we can continue to be there and respond quickly when veterans do take that big step and ask for support.”

The #StigmaClock campaign is based on the results of a new survey commissioned by Help for Heroes that reveals the true cost of stigma for Armed Forces veterans living with psychological wounds. The survey found that veterans are delaying asking for help with their mental health for almost four years, partly due to believing civilian services will not understand or support them (28 per cent) and a fear of being treated differently by friends (25 per cent) and family (19 per cent). 30 per cent of veterans state they have never accessed support.

Help end mental health stigma at CutTheClock.com and read more about the effort in Campaign.